Pieter-Dirk Uys is involved in many HIV/ AIDS projects and takes his AIDS-awareness presentation, For Facts Sake, to schools throughout South Africa for free. The project is self-funded by Uys with no sponsorship or subsidy from private or public sectors, including The Darling Trust *.

The Darling Trust was set up to assist the previously disadvantaged communities of Darling. We aim to empower individuals to help themselves, mainly through participation in the sectors of education, skills development and health.

Our philosophy is strongly opposed to the handout culture that some organisations inadvertently create. Aid that is purely reactionary and does not involve the active participation of individuals results in beneficiaries becoming reliant on the organisation, and therefore inhibits self-sufficiency in the community. We aim to create projects that genuinely help people to help themselves, to truly empower people by being proactive – motivating, educating and providing people with the skills to survive despite the most challenging of circumstances.

The Darling Trust takes its accountability very seriously. We recognise that there is a need for organisations to demonstrate that they are fully accountable for the funding they receive. We invite individuals, organisations and governments to use the opportunity to partner with The Darling Trust should they wish to fund charitable causes and projects.

The Darling Trust implements projects that are meticulously planned, effective and fully accountable. Additionally we act as a channel for funding for our communities, by identifying areas of need and assisting those who endeavour to address those needs. Funding to these individuals and organisations is carefully considered and continuously managed to promote sustainability and accountability. 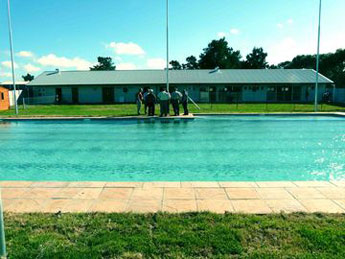