Currently operating from 11 Voortrekker Street, Darling – next to The Village Vet. 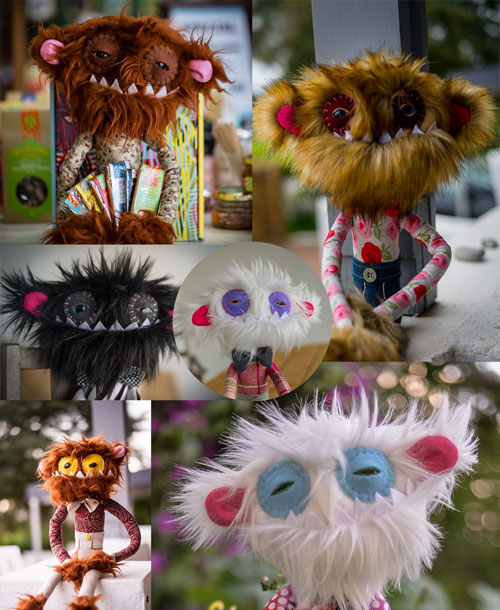 The relaunch of The Darling Trust’s Evita’s Crafters project in 2018 was greeted with much excitement. The project is in fact a reincarnation of the Trust’s Craft and Skills Development Centre that was launched in 2006.

This project functions under the umbrella of The Darling Trust, established in August 2003 by founding member and current patron, Pieter-Dirk Uys, with the aim of assisting the previously disadvantaged community of Darling. The mission of the trust is to empower individuals from the Darling community to help themselves, mainly through participation in the sectors of education, skills development and health.

The centre trained unemployed women in various crafts such as beading, embroidery and weaving, and the results of their handiwork were sold at Evita se Perron, where the project was based, to provide the women with an income. By 2008 over fifty women had passed through the programme, by which time the centre evolved into a cooperative – The Darling Craft Cooperative – formed by six of the centre’s crafters. Sadly, the cooperative struggled to become financially sustainable and a few years later had to close its doors when donated funding dried up.

Darling Sweet, with its company focus on women’s empowerment, as well as being an active supporter of The Darling Trust, decided to revive the project as ‘Evita’s Crafters’. The aim of the project to provide a space, resources and infrastructure for the women of Darling to create needle-craft items which can be sold, thus developing a skillset and generating an income for themselves. The multi-talented freelance photographer Jacqui van Staden, who recently moved to Darling, coordinates the project. For some years Jacqui has been developing her own line of toys, the Monster Project, with the dream of someday going into production. When she was approached to coordinate Evita’s Crafters she saw it as the perfect opportunity to make this dream a reality. Jacqui, together with a small band of Darling women in need of an income set about installing themselves at Darling Sweet and started producing Jacqui’s Monsters under her watch. Soon these one-of-a-kind bespoke Monsters started appearing for sale in shops and online, and have since become highly sought-after amongst collectors of handmade toys and as gifts for children alike.

Once the Monsters were well into production Jacqui set about extending the range of toys, and there are now elephants, woolly mammoths, whales, bunnies and more creations in the making.

MISSION: The project aims to empower unemployed women from the Darling community to generate an income for themselves by making needlecraft items to sell. The project is currently under the coordination of Darling resident Jacqui van Staden.

Meet the team!  Under guidance and training of Jacqui, the crafters are Darling residents:  Claritha Lewis, Rachel Menelephy and Jermaine October. Claritha, who worked for Bonwit for 25 years, does the sewing; Jermaine cuts the patterns and assists with final finishings, such as adding buttons, final stitching of details and stuffing, also working closely with Jacqui on problem solving prototype patterns. Rachel’s skills lie in embroidery and finishings; overseeing the detail of each monster, from creating the eyes to sewing on the pockets and finally closing up the creature once it has been stuffed. This intimate group of women make the perfect team and they look forward to growing the project. When asked about the future the women are quick to point out that they plan to buy a second industrial sewing machine and take on more crafters to increase their production, seeing as they can hardly keep up with the current demand.

All the toys created by Evita’s Crafters are made from recycled fabric donated by the public, so if anyone would like to donate fabric, haberdashery or funds towards a second industrial sewing machine, or would like any further information, please email Jacqui at jacqui@darlingsweet.co.za.

MORE ABOUT THE DARLING TRUST: Since The Darling Trust came into being it has been a constant presence in the Darling community by facilitating different ongoing projects in aid of the town’s residents such as free weekly music and art lessons for children from the community, the building of a swimming pool in 2009 and an Early Childhood Development Centre that hosts around sixty pre-school Grade R children daily and an annual talent show at Evita se Perron that is open to all members of the community to showcase their talents. As diverse as these projects might seem they are all undertaken with a single vision in mind – to create a more equal and inclusive community where there are opportunities and access to healthcare, skills development and jobs for all, irrespective of people’s backgrounds or social circumstances.

Keep your eye on social media to see which markets you will find these unique products and follow the crafters on Instagram – @evitas_crafters – and facebook – @evitascrafters – to keep up to date with what they are doing.

With major support from